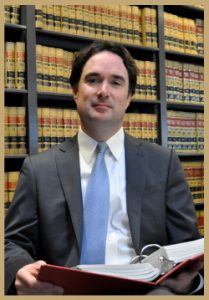 Louis Goodman: How has practicing law fit into your family life, you know, you’ve been married for a long time. You have a family. How’s being a lawyer and being a family person gone together?
Matt Dalton: I think that was one of the reasons I left the Public Defender’s Office. I was very happy there in many, many ways.
I thought I knew when I left that I was leaving the best job I’d ever have, but I had two kids that were, you know, under 10 years old and I felt quite a bit of stress. Considering that I just couldn’t make my own schedule. Like, you know, I basically had to be where I was supposed to be, do what I needed to do on a [00:26:00] daily basis.
And I had very little flexibility. So once I went into private practice and I just had more opportunities to schedule things and work around my kids and my wife and all of those things, it really helped out. So the short of it is to say, you know, once I went Marin and I left the Public Defender’s Office, things became much, much easier.
And I was much, much better family person.
Louis Goodman: What sort of things do you like to do recreationally?
Matt Dalton: I mean, I live in California. It’s a lot of outdoor stuff. You know, if I can, both my kids really enjoy backpacking.
Louis Goodman: Right. If you couldn’t be a lawyer, is there some job that you think you would like to have?
Matt Dalton: And if I couldn’t be a lawyer, I would teach.
Louis Goodman: What sort of things keep you up at night?
Matt Dalton: I think the things that keep me up most of the night are my kids. And just worrying, you know, non-specifically. About what they’re doing and how they’re going to navigate things.
Louis Goodman: Let’s say you came into some [00:27:00] real money, a couple of billion dollars. What, if anything, would you do differently in your life?
Matt Dalton: If I came up with a bunch of money, I probably would more or less retire criminal practice other than maybe have one case at a time, like a really significant one. That was interesting. And I spent a lot of time with my wife. Trying to travel once the kids were gone, you know, on their own, I would travel.
Louis Goodman: I have this question. One thing that I always associate with you is this really cool little move that you do with a pen. I would like to know what that’s about and where you learned it.
Matt Dalton: So that is, I learned that in 10th grade Chapel High School Debate Club, there was a kid who knew how to do that. And taught me how to do it.
And I spent the next six months dropping my pen in every class I was in until I got it down.
Louis Goodman: Matt [00:28:00] Dalton. Thank you so much for joining me today on Love Thy Lawyer. I appreciate your sharing your career experience and you’re flipping a pen experience. It’s been a pleasure to talk to you.
Matt Dalton: Thanks a lot, Louis.
I really appreciate it was very fun to talk
Louis Goodman: That’s it for today’s episode of Love Thy Lawyer. Many thanks to my guests, contributing their time and wisdom and making the show possible. Thanks as always. Joel Katz for music, Bryan Matheson for technical support and Tracey Harvey. I’m Louis Goodman.
Matt Dalton: We were both morons in the kind of the safety areas. We both got caught up on it. Uh, mountain and Rockies without proper clothes or, and [00:29:00] long story short, we did a number of different things that definitely should have killed one or both of us. 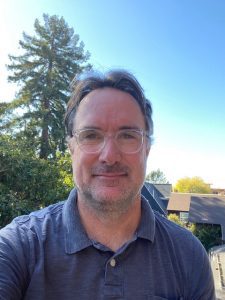