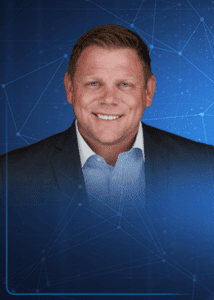 Zach Thompson – Podcast Transcript
Louis Goodman: Today Love Thy Lawyer talks to Zach Thompson. Zach is the President of MediaSmack, a company that focuses on website development for lawyers and for assisting lawyers and law firms in gaining marketing advantage. We’re going to talk about a few different subjects, including website design, SEO campaigns, pay per click advertising, online marketing and internet best practices.
And we’ll touch on a host of other law, business and marketing issues. We’ll also discuss some strategies for dealing with these kinds of marketing and law business issues. Full disclosure. I’ve worked with Zach and Media Smack for years, and they’ve put together the LouisGoodman.com website.
Zach Thompson welcome to Love Thy Lawyer.
Zach Thompson: Thank you, Louis. I’m actually really excited to be here.
Louis Goodman: Good. So tell me a little bit about your background, where you grew up, where you went to school, what your education is.
Zach Thompson: Sure, so I was actually born in West Texas and as a preteen, I ended up moving out to Northern California.
We lived everywhere from the Central Valley to Sacramento. And then about two years ago, we decided to move back to Dallas.
Louis Goodman: So you’re living back in Texas now?
Zach Thompson: I am, yes. I live about 30 minutes, right outside of Dallas.
Louis Goodman: And you work for a company called Media Smack. And matter of fact, you’re the president of Media Smack.
Is that correct?
Zach Thompson: That’s correct. Yes. We started Media Smack back in 2013 and originally I started it with a good friend of mine who had worked with, at other companies. And about two years ago, I ended up buying him out. And now I’m the sole president.
Louis Goodman: You and I met, and I have this uncanny ability to remember just about everyone, my first encounter with them. And my first encounter with you was at a restaurant in Jack London Square, Scott’s, where you had invited me and a number of other attorneys to a business lunch to discuss what was then really the cutting-edge technology of. lawyer websites and SEO campaigns. And you were working for another company at that time.
Do you recall that?
Zach Thompson: I was, yes. I do remember that day. Yes. I was working at Lexus Nexus, the division of Martindale Hubbell that was doing similar items to what we do now, Media Smack, and yeah, I will always remember. You have a great memory and you were always what I considered more of the cutting-edge lawyers as well.
Louis Goodman: Well, thank you. So what exactly does internet marketing entail? And can you walk us a little bit through the setting up of the website and the SEO process and tell us what exactly is SEO? What does that stand for?
Zach Thompson: Sure. So SEO stands for search engine optimization. All that basically means in so many words is that when someone goes to do a search on the internet, let’s say through a search engine like Google, when you’re doing a search, they’re going to have results that pop up. What search engine optimization is, is there’s some ads that’ll pop up on most searches. Let’s say for a lawyer, you’ll have some maps settings that pop up as well beneath those advertisements.
And then you’ll have the organic section that comes up underneath. And so there’s really three ways that somebody can be found when you do a search result. That’s what search engine optimization is in a quick rundown.
Louis Goodman: When you design a website. Do you think about the search engine optimization in designing the website and what goes into that design?
Zach Thompson: Sure. It’s really important when you’re developing a website, obviously there’s two rules of thumb. There’s one where the consumer, what the consumer is going to see what the client, what one of our personal clients let’s say, wants to have their site look like. And that’s from the user experience standpoint.