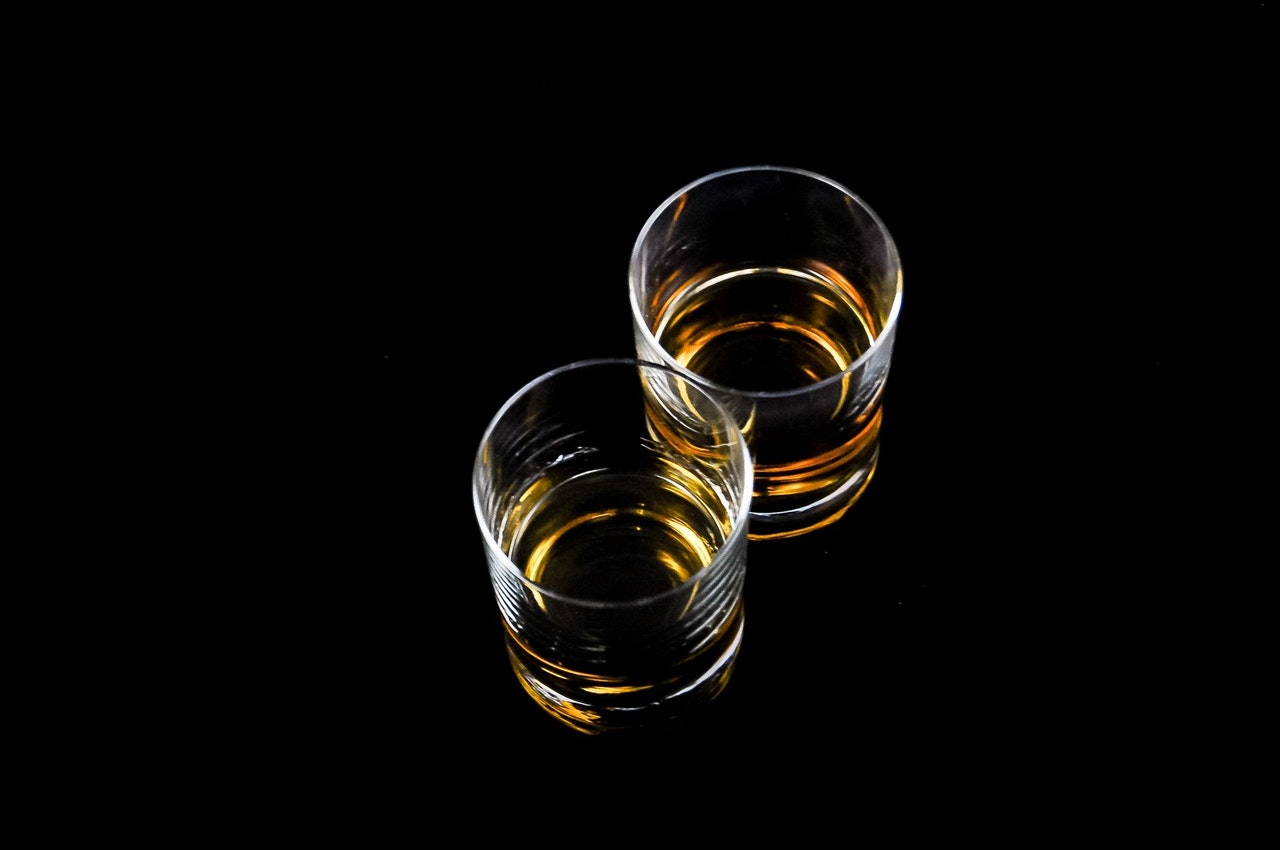 Operating a car while under the influence of alcohol or drugs, or with a blood alcohol concentration (BAC) of .08 percent or above, is illegal in California. Motorists charged with a DUI in California are subject to sentence guidelines. In other words, a court can impose a variety of consequences for a DUI conviction.

The acceptable range is established by a number of factors, including the defendant’s criminal history and the specific facts of the present conduct. Judges employ “mitigating” and “aggravating” elements to decide an acceptable punishment within the relevant range. When negotiating a plea deal with authorities, aggravating and mitigating factors might also come into play.

Fighting an aggravated DUI charge alone is confusing and stressful. Don’t do it alone, call Louis J. Goodman today to get a free consultation.

Operating a motor vehicle on California roadways with a blood alcohol concentration (BAC) of 0.08 percent or above is illegal, as it is in every other state. As a result, anyone caught driving with a blood alcohol concentration (BAC) above this level is considered legally intoxicated, irrespective of their competence to drive. Minors drivers (those under 21) are also prohibited from driving with any level of alcohol in their system (a BAC above 0.00 percent), while regular vehicles are considered intoxicated if their BAC is 0.04 percent or above.

You can also be charged for DUI if you refuse to give a breathing, blood, or urine sample to a police officer so that he or she can ascertain your precise BAC—a practice called chemical analysis to the state’s Implied Consent Law. You may face criminal prosecution for driving under the influence if you refuse to take these tests.

A drunk driving arrest, irrespective of the basis for your conviction, has a variety of consequences, along with a fine, driving ban, and jail time. If it’s your first violation, the prosecution may issue a penalty anywhere from $390 to $1,000, as well as a four-month suspension of your driver’s license. You may also be required to serve four to six months in prison, attend DUI school, conduct community work, and/or have a vehicle ignition interlock system put in your car, depending on the circumstances of your case.

Consider this: if you have a past DUI conviction on your record, a second violation may result in a one-year jail term, a $1,000 fine, a one-year driving ban, and 3 to 5 years in jail. These punishments only come to bear with subsequent DUI charges. If you had an exceptionally high blood alcohol concentration (over 0.15 percent), were driving with a child under the age of 14, or if you were going 20 miles or more over the legal limit at the time of the arrest, you can expect severe penalties for aggravated DUI.

Luckily, there are several options for contesting a drunk driving charge. Your convictions may be dropped if the officer who pulled you over did not have probable cause to do so. If you have acid reflux disease or if you used breath mints, mouthwash, or gum immediately before the test, you may be eligible to challenge your chemical test findings. 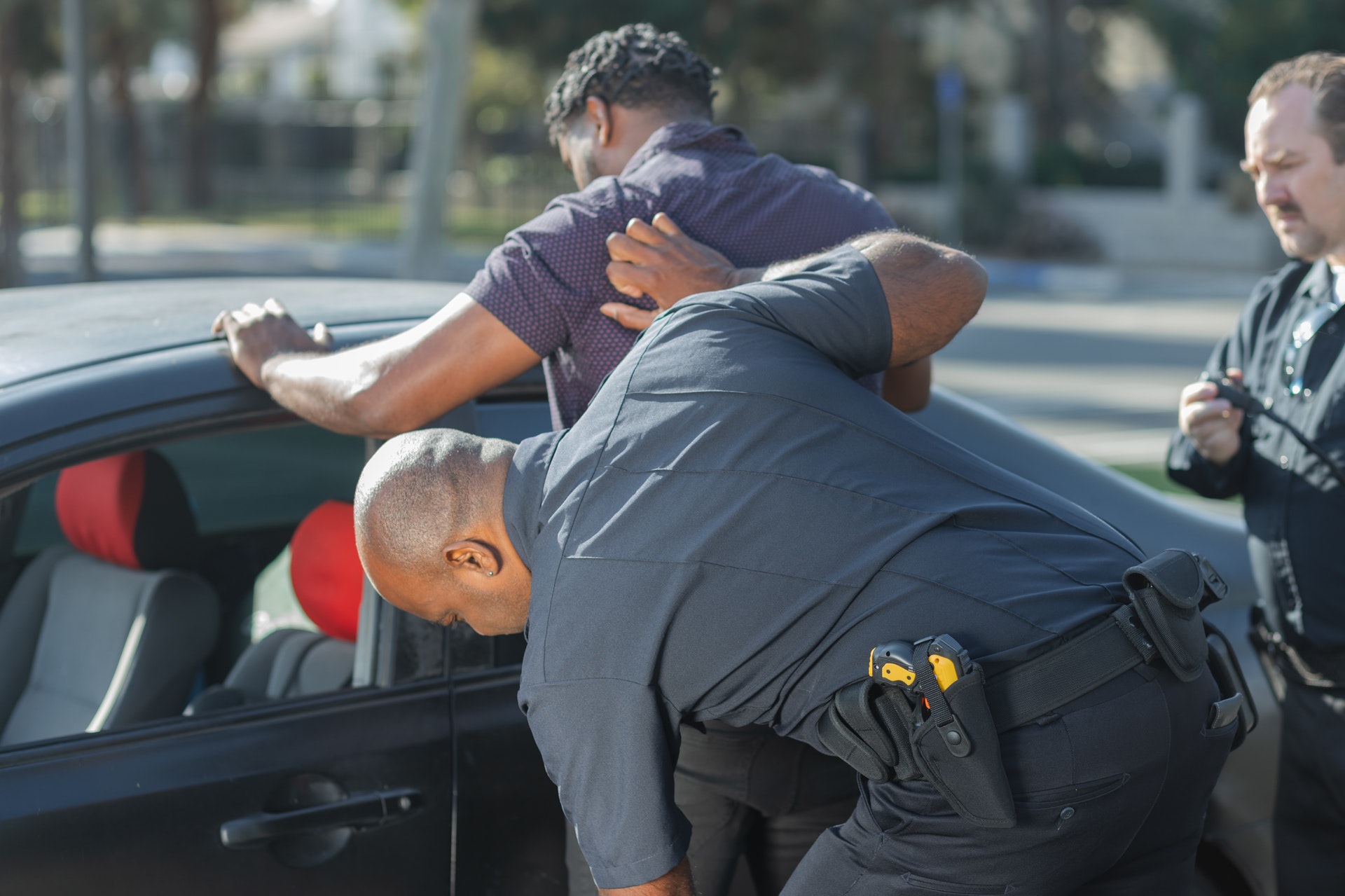 Extenuating circumstances are factors or situations that decrease a defendant’s guilt or justify leniency in punishment. For instance, if a motorist was affected by legitimately prescribed medicine and was just above the legal speed limit, or if the driver completed voluntary chemical addiction treatment after being arrested, the court and prosecution may tend toward a punishment at the low end of the scale of the permitted range. In deciding on a suitable punishment or plea deal, prosecutors and judges may consider variables such as whether the offender is working or a high achiever.

Events or conditions that heighten the seriousness of a criminal conduct or the plaintiff’s responsibility and demand tougher sentences are known as contributing circumstances. Previous offenses, significant BACs, negligent driving, excessive speeding, possessing a revoked license, inflicting casualties or property destruction, and carrying a kid in the car at the time of the incident are all common aggravating circumstances in DUI cases. Even though the offender has no past DUIs, a judge or prosecution may be hesitant to be sympathetic if the offender has a lengthy criminal history for other charges.

While most California DUI charges are filed as misdemeanors, resulting in penalties, DUI school, and maybe a brief jail sentence, authorities can prosecute a California felony DUI in specific circumstances.

If you are charged with felony DUI, the repercussions are far more severe. To begin with, a misdemeanor DUI carries a potential term of six months to a year in a correctional facility. Although most offenders serve little or no time behind bars. A felony DUI, on the other hand, can put a defendant in California state jail for three years or more. Furthermore, a felony DUI arrest that results in probation necessitates criminal probation as well as official monitoring by a probation officer.

Only three specific situations allow authorities to prosecute felony DUI. To begin, a California DUI that results in harm or death can be charged as a felony (or in more serious cases vehicular manslaughter). Secondly, a fourth DUI conviction might result in criminal prosecution. Finally, every future DUI case may be filed as a felony if the defendant has a previous felony DUI record for whatever reason. 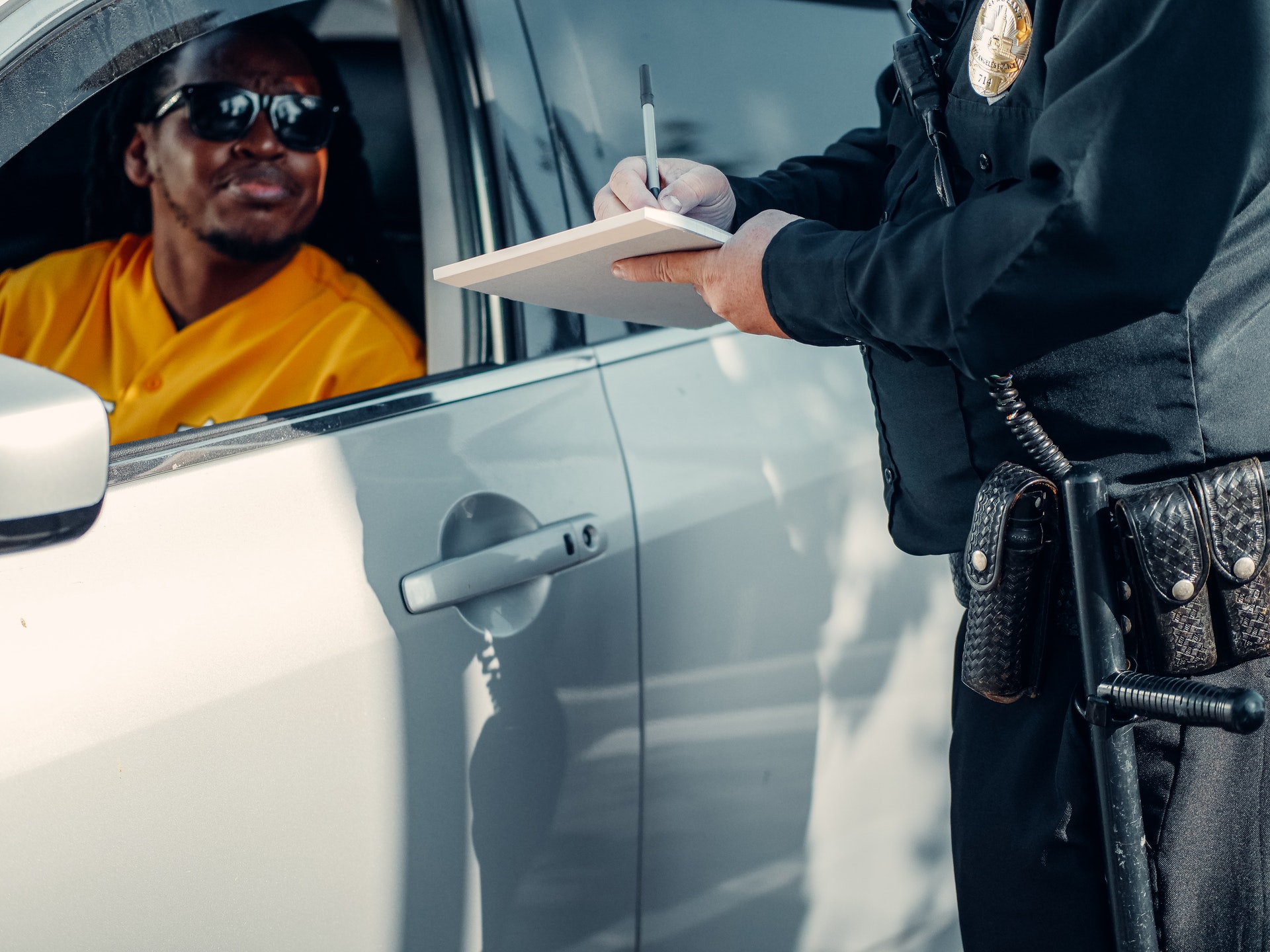 Felony DUI cases are frequently plea-bargained down, as are all criminal matters. A prosecutor may begin a prosecution by submitting a criminal charge. However, after detecting evidence flaws and negotiating with defense counsel, he or she will frequently agree to lower the accusation to a misdemeanor in consideration for a guilty or “no contest” statement.

After a few beers with dinner, a person passes out on the ride home. Someone is tragically harmed or dies.

The CHP jumps to the judgment that the person who had consumed alcohol was to blame. The District Attorney reacts by pursuing extremely serious charges such as DUI with bodily harm, vehicular manslaughter, and even murder.

The evidence is rarely straightforward. Frequently, the accused had consumed alcohol but was not “drunk” or incapable of driving. Frequently, the other motorist, the road circumstances, the environment, or other external variables are to account for the collision.

It may be possible to get the charges reduced or even dropped if the case is well contested, and to stay out of prison.

If you’re captured driving under the influence in California with a child under the age of 14, you’ll almost certainly be convicted with Penal Code 273 (a) child endangerment on top of the DUI.

Based on the circumstances involving your California DUI indictment, like your driving pattern, if you were involved in a crash, your alcohol level density (BAC), and your previous criminal background, you could face up to one year in a correctional facility or up to six years in California State Prison. It’s possible that you’ll lose custody of your child or children. Remember that these are merely the penalties for child endangerment allegations. In addition to these fines, you will be punished for your DUI.

A professional DUI lawyer can assist you in spotting legal nuances in pending DUI amendments such as these.

There is no guarantee of a positive outcome in a DUI case. Previous alcohol-related charges, whether careless driving was determined to be a component in the penalty, and the appropriate local and state DUI statutes are all things that our clients will have to deal with in the court of their legal case. 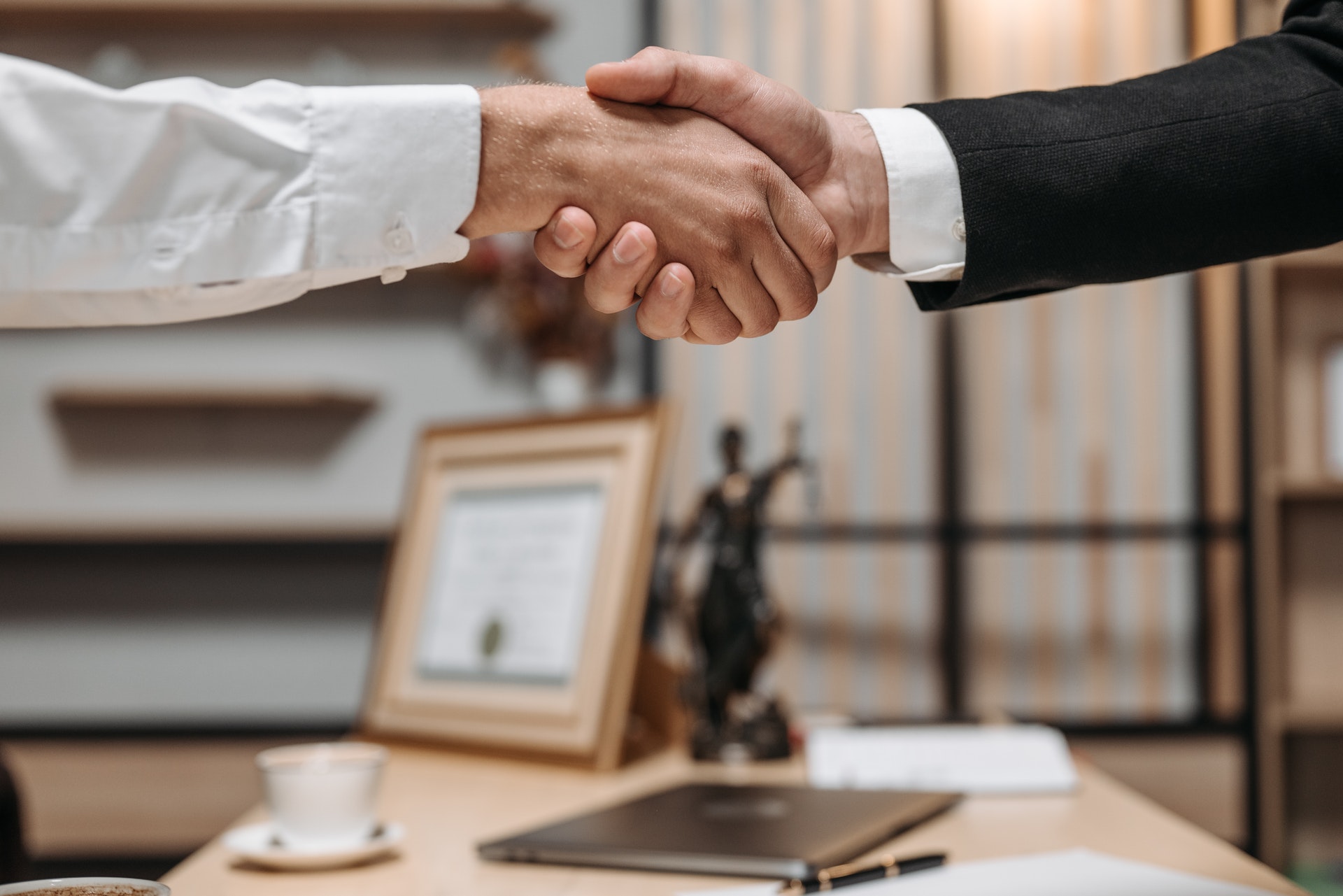 An competent, reputable law firm or attorney may frequently make the difference between success and failure in a DUI case.  An experienced DUI attorney who is familiar with the terrain will be prepared to evaluate the prosecution’s case against a client from the top down. They’ll be able to give crucial legal guidance to help the client get the greatest possible conclusion in their case.

In the courtroom, Louis J. Goodman has over 20  years of legal experience. We’ve established a reputation for providing thorough, competent, responsible, and powerful counsel. We’ll be there for you throughout your case to ensure you receive the results you want and get through this trying time with your finances, image, and livelihood undamaged.

Trust the attorneys at the Law Office of Louis J. Goodman to assist you in putting your best foot forward during this trying time.

Call today to get a free consultation so you don’t have to deal with a serious case alone.