The Chances of Getting a DUI Dismissed 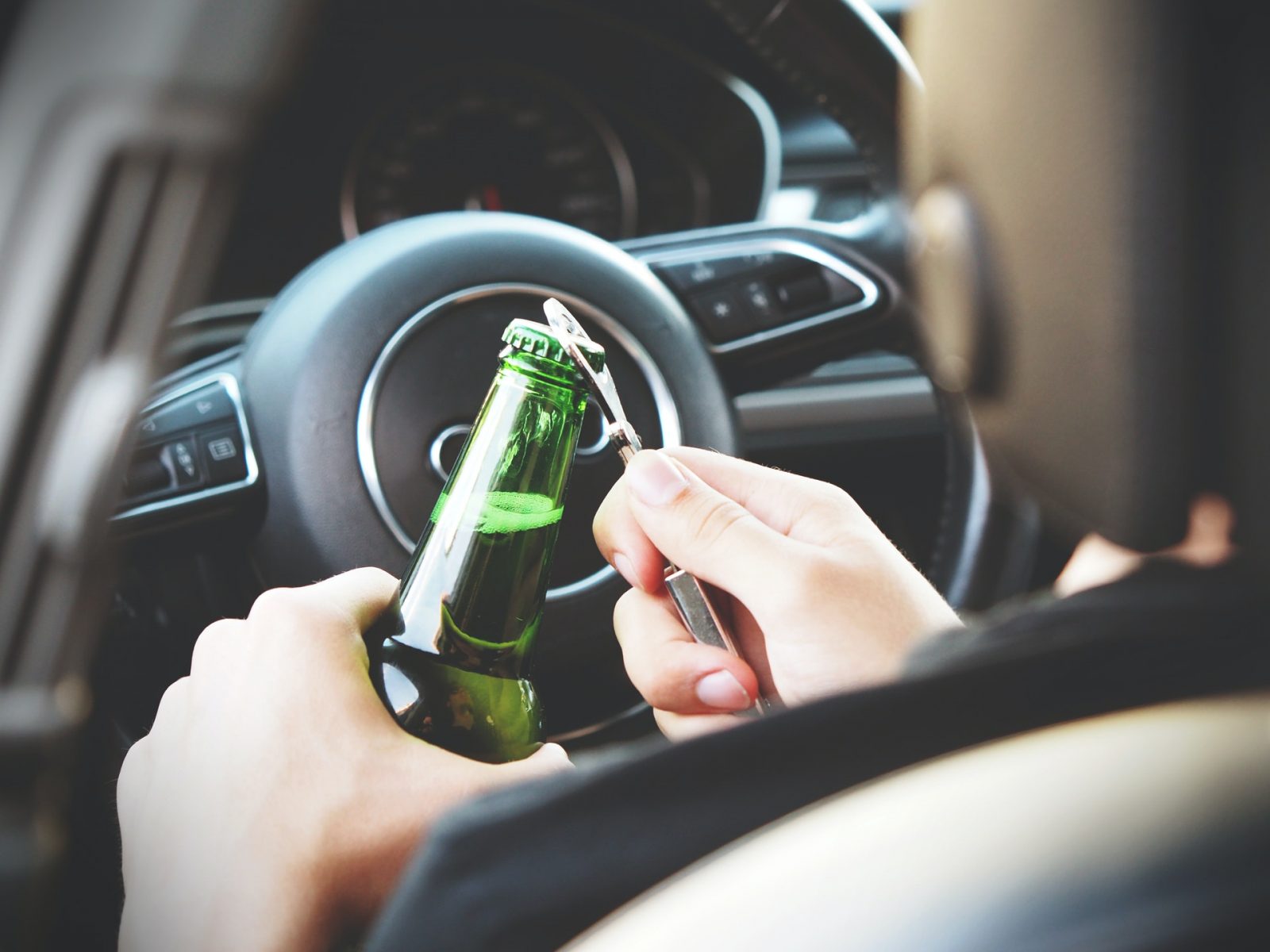 DUI charges can be scary and overwhelming. Everyday, people are getting arrested for driving under the influence of alcohol or drugs. Judicial decisions deeply impact individuals, families, and businesses. So what are the chances of getting a DUI dismissed?

If you have been charged with a DUI, it’s important to know your legal rights and how you can make positive lifestyle changes to increase your chances of your case getting dismissed. With better legal advice you are more likely to win your DUI case in court.

In this blog post, we will discuss the recent changes in California DUI laws, and provide tips on how to build a strong defense that increases the chances of getting your DUI dismissed.

What is a DUI Charge?

Driving Under the Influence (DUI) of substances including, but not limited to illegal drugs, alcohol, marijuana, and prescription medications seriously impairs a driver’s ability to operate the vehicle safely.

A DUI conviction is a serious charge -even for first-time offenders – and comes with hefty consequences that individuals carry throughout their lives. Many arrested drivers seek to have their charges dismissed, or their infractions minimized to something less serious.

What are the Consequences?

Each case carries its own set of individual circumstances and legal technicalities that determine the probability of getting your charge dismissed. A DUI lawyer cannot determine the exact odds of any individual’s case being dismissed until they have first reviewed the arrest details to find any issues with the police stop or paperwork. 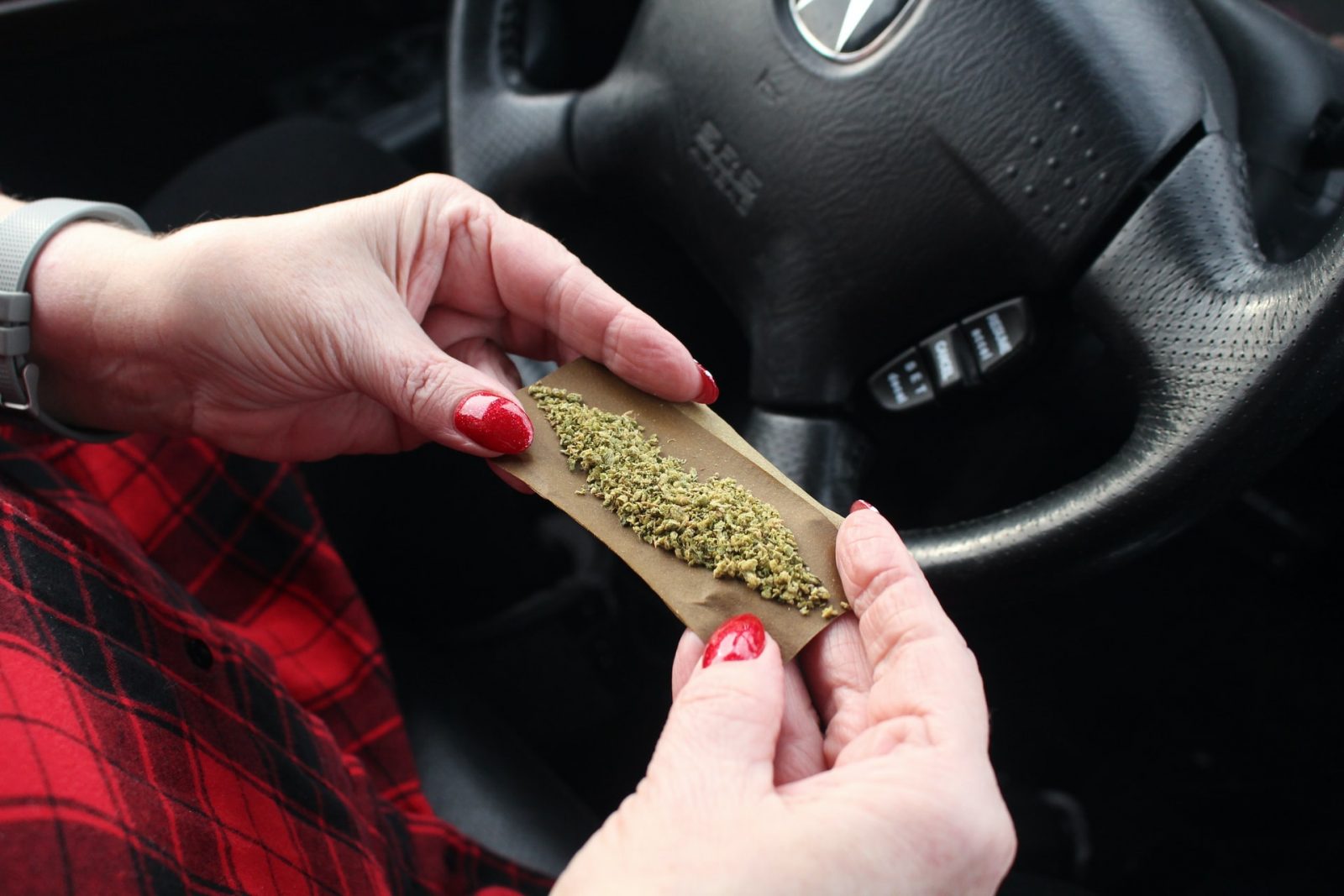 Like the laws in many other states, California DUI arrests may result in financial penalties, suspension of a driving license, potential jail time, and the possibility of using a mandatory Ignition Interlock Device (IID).

Hiring a defense attorney with extensive experience in DUI law is your best bet at reducing the impact of your charge.

Changes in California DUI Law that can impact your case

This  has pushed the state to expand the legal regulatory framework regarding DUI offenses. On January 1, 2022, two new sections were added to the DUI law: Section 23152, and Section 23153.

The appendage makes it illegal for any driver to operate a vehicle under the influence of any type of drug, including illicit or prescription drugs, that would impair a person’s ability to safely operate a vehicle.

Legislators have been under pressure to introduce these new laws due to a surge in accidents, and lawyers in California have been pressed to discover new winning legal defenses to get charges dropped in court.

What are Some Reasons a Case May be Dismissed?

From not strictly following police procedures to using faulty testing equipment, there are several reasons a DUI charge may be reduced or dismissed in court: 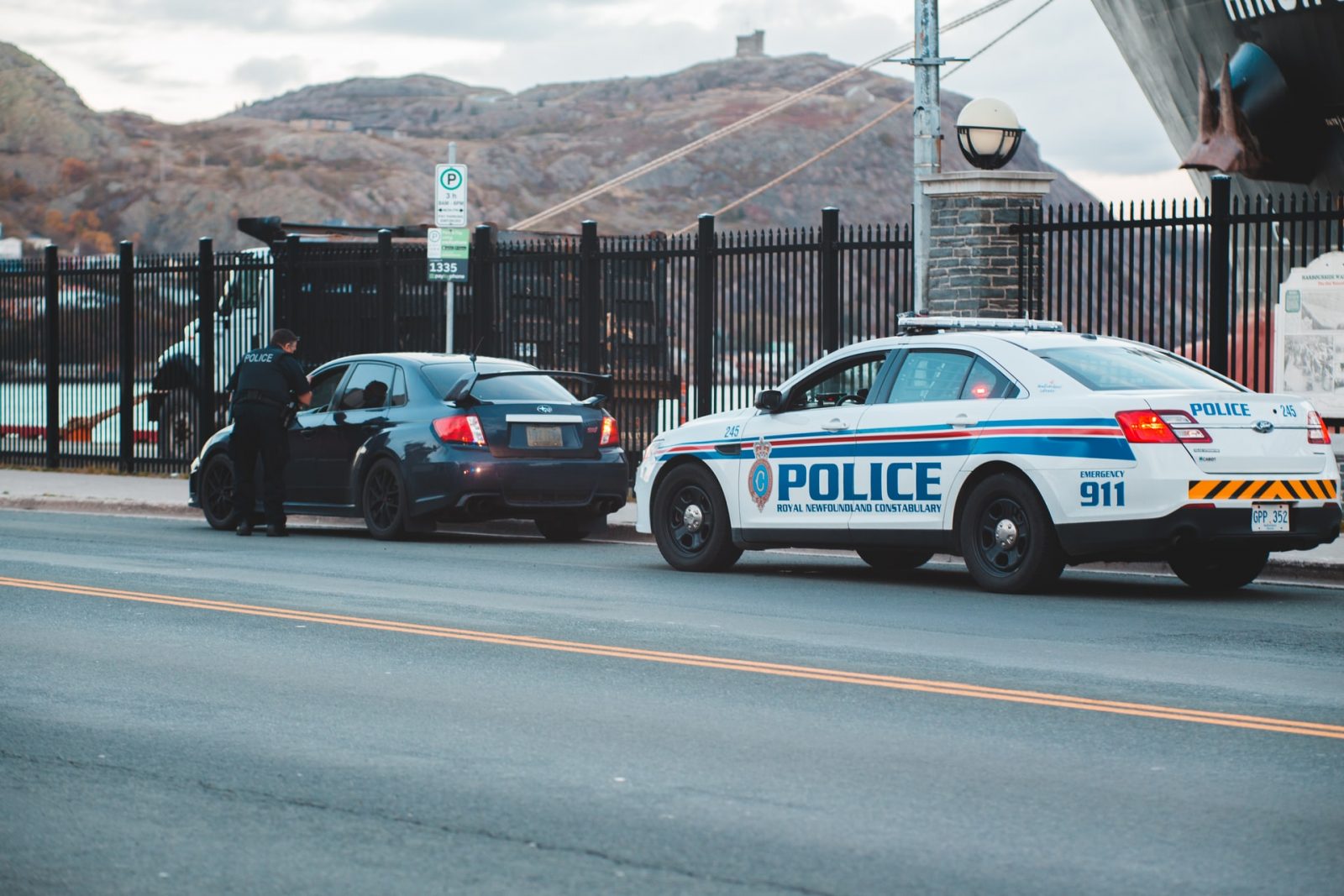 Do I Need a Lawyer?

Every person charged with a DUI has the right to choose how to proceed with their case. Researching DUI laws and understanding the legal procedures in California can be confusing and time-consuming if you’re not already familiar with the system. However, deciding to engage a lawyer is entirely up to the individual with the charge laid against them.

Either way, it’s critical to act promptly. Hesitating for too long about how to fight the case can often have negative consequences in court.

DUI cases tend to move forward quickly, with multiple penalties, restrictions, and expenses coming into effect within a short period of time after the infraction.

Because of the small time frames that tend to come with DUI offenses, the longer you leave hiring a DUI attorney, the less wiggle room they have to use legal strategies that will ultimately improve the chances of your case being reduced or dismissed.

For example, DUI charges could be dropped to reckless driving, which has less significant long-term consequences than a DUI. It’s a good idea to solicit legal advice at the earliest possible time so that you understand the best course of action moving forward.

You deserve to be aware of your rights and your options when you face a DUI charge. If you want to get your case dismissed completely, your best bet at securing a strong DUI defense is to speak to a competent law firm with experience representing DUI offenders, such as Louis J Goodman.

We have served clients with DUI charges in California for more than 30 years, so allow us to take the burden off your shoulders as we form a strong defense for you.

Four Tips to Improve Your Chances of Getting a DUI Dismissed

To get a DUI charge reduced or dismissed in court, seek proper legal advice within a time frame that will allow your lawyer to fight the case effectively. Attorneys with experience in DUI charges will be able to inform you about proceedings, prospective defense outlines, and the consequences of plea bargaining. 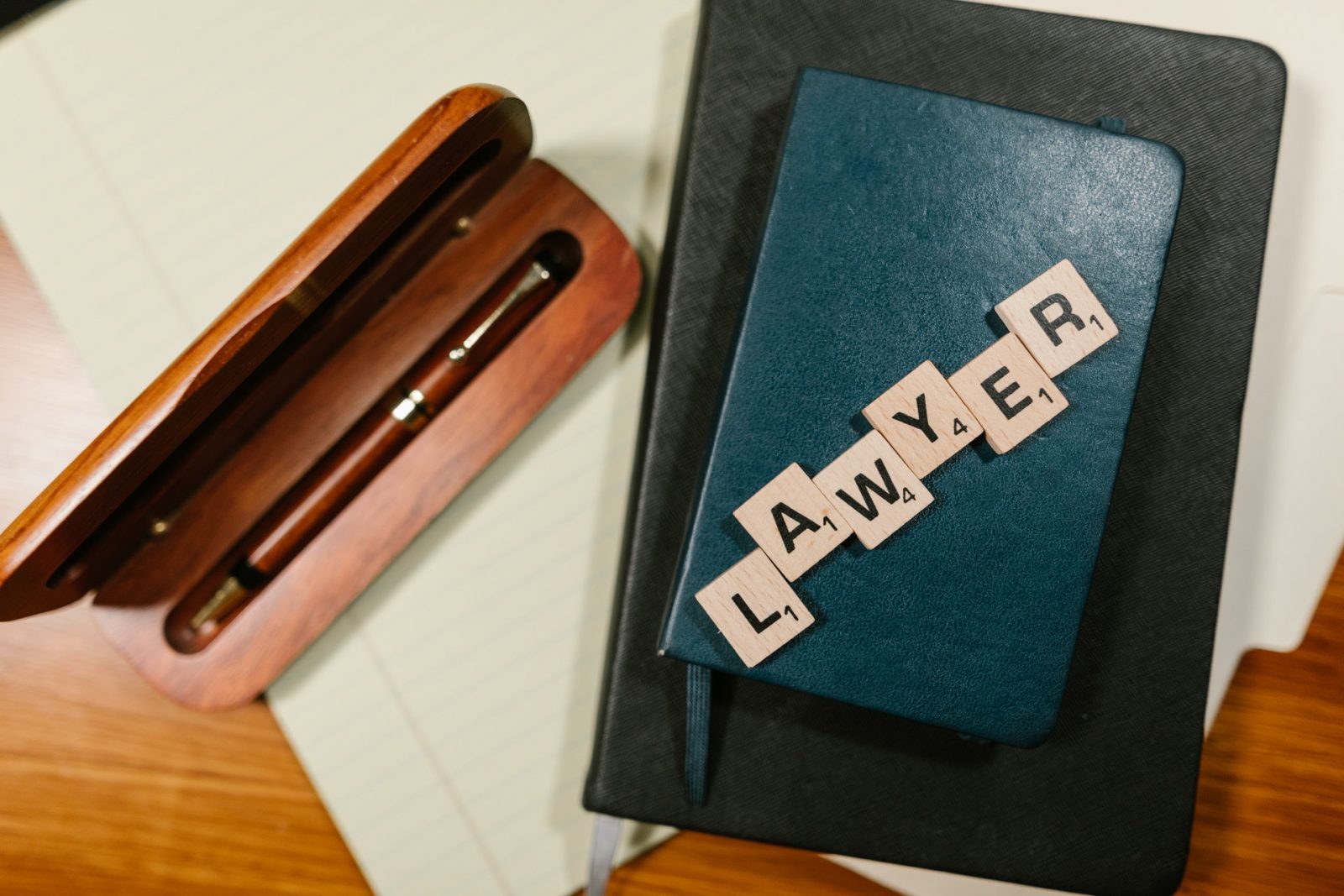 Request a hearing with the DMV to contest your license suspension

When you choose a DMV heading for your DUI, the suspension of your license will be postponed until the outcome of the hearing has been determined. If you win the hearing, a suspension may be prevented altogether.

Negligent police training and new prosecutor guidelines are leading to higher numbers of DUI mistakes being made today. Sometimes the details of reports such as physical descriptions, the reasons an officer pulled you over, and objective observations about your driving maneuvers, among other pieces of evidence, can be inaccurate.

Inconsistencies and errors, including not being correctly read your Miranda Rights, can be legitimate reasons to challenge a prosecution.

DUI charges have consequences and encourage positive changes in the offender’s life to avoid such circumstances arising again in the future.

One way to enact positive change and demonstrate that you are taking steps to improve your driving skills is to enroll in a driver safety class, or alcohol education program.

This demonstrates to the courts that you are taking the charge seriously and are proactive about making changes. This alone may not get your case dismissed, but it will certainly look good if you use it in conjunction with a good lawyer.

Being convicted of driving under the influence of alcohol or other drugs is a serious offense that can come with lifelong consequences when not handled in an effective and timely manner.

If you have been charged with a DUI, you have the option of representing yourself in court. However, this can be stressful and time-consuming for those who aren’t familiar with the state of California’s legal structure around DUI charges. Before you form your case, it is recommended you seek proper legal advice so you are empowered and informed about the outcomes you can expect.

The best way to get your DUI charge reduced, dropped, or completely dismissed, is to engage a competent DUI lawyer who is well versed in forming defense cases against DUI charges.

Louis J Goodman has been defending DUI charges for over 30 years in the state of California.