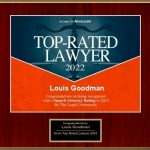 Criminal cases involve a wide array of illegal actions. They may consist of violent conduct, homicide, possession of drugs, crimes of a sexual nature and theft, among others. Facing criminal charges is a serious matter. Potential penalties include jail time, fines and a permanent record. If you have recently been arrested and charged with a criminal offense, then it is likely that you have numerous questions. To alleviate some of your stress, our Alameda County criminal defense attorney has compiled the following list of frequently asked questions to help guide you.

What Is an Arraignment?

After the initial arrest, an arraignment will be held as the first step in a criminal case. Arraignment refers to a formal proceeding held in front of a judge. At this time, the defendant will be charged with a criminal act. Then, the defendant will state their plea as either guilty or not guilty. Then, depending upon the case, the prosecutor can request that special restrictions be placed on the defendant’s freedoms. This may include detaining the defendant until trial, or setting bail.How Are Criminal Charges Processed in Court?

If you plead not guilty, then your case will begin a process of negotiation and plea bargaining that may involve a trial. You and your attorney will decide whether to request a jury trial or a court trial.

What Happens to a Criminal Case If the Charges Are Dropped?

Criminal charges that are dropped, dismissed or acquitted all have different implications.

When a criminal charge is dropped, it typically means that the prosecution does not want to proceed with the charge. This may be because they do not have a strong enough case or lack the evidence to succeed. However, dropped charges can still be refiled later.

When a criminal charge is dismissed, the judge has found a factual or legal issue with the charge. However, the prosecution may make appropriate changes to the charge to cover the same illegal action. Therefore, you still may not be off the hook.

Sometimes, criminal cases end after charges are dropped or dismissed, but not always. Only when a defendant has been acquitted of a charge are they guaranteed to be completely free from it. With double jeopardy, you cannot be tried again for the same crime after you have been found not guilty. Although civil litigation can proceed and in certain rare cases Federal criminal charges can be filed.

What Are the Differences Between a Felony and a Misdemeanor?

The main difference between a felony and a misdemeanor lies with the seriousness of the criminal act. Felonies are seen as more serious and misdemeanors less so. As a general rule, the penalties for both will differ in severity as well. However, depending upon the crime, and the perpetrator’s criminal history, exceptions to the following rules can be made.

In California, a felony may be punishable by anywhere from 1 year in jail to life imprisonment. In some cases, the death penalty may come into play. Additionally, a felony may result in a fine of up to $10,000 or more.

A misdemeanor in California may result in a maximum of one year in jail. It may also involve fines up to $1,000. An Alameda County criminal defense attorney can provide you with more information about sentencing during an initial consultation.

During the arraignment, the prosecution may request that bail be set for the defendant. If this is granted, then the defendant will return to jail until bail has been posted. Bail refers to an amount of money the defendant must pay to be released from jail while awaiting trial. Thus, posting bail is a way for the defendant to promise to return to their court hearings.

Should I Plead Innocent or Guilty?

Determining how you should plea in a criminal case will depend on many factors. Each criminal case is different, both in the nature of the crime and in the details of the case. In any criminal case, you want to secure the best possible outcome for yourself. Sometimes, this will mean pleading innocent, and other times it will mean pleading guilty. It all depends upon the likelihood that your case can win in court. The best way to determine your options would be to discuss your case with a criminal defense attorney in Alameda County.

When Should I Take a Plea Bargain?

Determining whether or not you should take a plea bargain is another subjective matter. Again, you want to secure the best outcome for yourself. The likelihood of your case winning in court may surpass the benefits offered in a plea bargain. Alternatively, a plea bargain may be the best path forward. Speaking with a criminal defense attorney is the best way to identify which path is right for you.

Should I Represent Myself or Seek Out a Criminal Defense Attorney?

There are many reasons to seek out an attorney for your criminal case. First, facing criminal charges is a serious matter. This is true regardless of whether you face a misdemeanor or a felony charge. In either case, you are potentially facing jail time or imprisonment, hefty fines and a criminal record. These consequences alone merit taking your case seriously and finding a Dublin, Oakland, or Fremont criminal defense lawyer if your case is in Alameda County.

Lastly, representing yourself in a criminal case may be emotionally overwhelming. Since the stakes are high, you are likely to make mistakes due to stress. Allowing a Dublin, Oakland, or Fremont criminal defense attorney to guide you will help you remain objective.

While the above list contains the most common criminal defense questions, it is, unfortunately, not exhaustive. If you are facing criminal charges, and your question is not addressed here, then we encourage you to reach out. The Law Office of Louis J. Goodman welcomes any questions you may have about your criminal case.

To find the answers you are looking for, call us today at (510) 582-9090. You may also submit inquiries to us online through our private messaging portal.