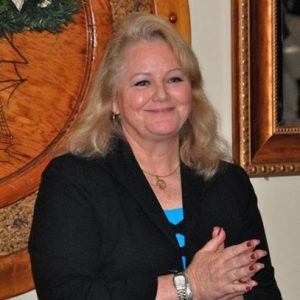 Nancy O’Malley – Podcast Transcript
Louis Goodman: Welcome to Love Thy Lawyer, where we talk to practicing attorneys about their lives in and out of the practice law. I’m Louis Goodman, the host of the show, and yes, I’m a lawyer. Nobody’s perfect. Nancy is the chief law enforcement officer in Alameda County. First appointed in 2009. She has been elected and reelected in 2010, 2014 and 2018.
The 2018 race being one that was hotly contested, but which she won by an overwhelming margin. She is a nationally recognized expert and advocate for victims of crime, and she has made juvenile victims, women, victims of sexual assault and domestic violence, a professional priority. She has prosecuted hundreds of felony cases and personally tried numerous serious violent felony cases to jury verdict.
She has won and been presented with numerous awards and recognitions, as a matter of fact, too numerous to really mention, but I would urge you to simply Google her name and see what comes up. Nancy. O’Malley welcome to Love Thy Lawyer.
Nancy O’Malley: Thank you, Louis. I’m very happy to be here with you today.
Louis Goodman: Well, I’m really honored that you’re participating in this program.
We’ve known each other for a long time and I’ve always admired you and your professionalism.
Nancy O’Malley: You’re very, very kind. I met you before you even before I joined the office. And when I met you and other people, I think you had a party at your house, which I was invited to. And that made me realize that this was a, not just a profession, but comradery and people who supported each other and people who were there to do justice.
And that was exactly what I was looking for in my career.
Louis Goodman: Well, I’m certainly glad you found it in Alameda County. Right now you have the corner office on the ninth floor of the Alameda County courthouse, which as I mentioned in the intro, you are the chief law enforcement officer in Alameda County.
Is that that’s right?
Nancy O’Malley: That’s right. As you know, the building was built when Earl Warren was the District Attorney. And I’m so proud to sit at the desk that Earl Warren actually sat at when he was the DA.
Louis Goodman: Before you were in quite that elaborative a setting. You grew up in Contra Costa County.
Nancy O’Malley: I did.
Louis Goodman: And as I understand it, you were involved in some law enforcement and protection of victims at a very early age. And I understand that one of the things that you used in those days in order to enforce law in Contra Costa County was a garden hose.
Nancy O’Malley: That’s a funny story. I hadn’t thought about that in a long time.
Louis Goodman: I wonder if you could tell us that story.
Nancy O’Malley: After I graduated from college, I was diagnosed with cancer and I needed to move back home to my parents’ house. So while I was having chemotherapy and one night I came home and the cars were parked in the driveway and I heard someone by the car and it was probably 11 o’clock.
So I said something like who’s there. And then I heard rustling and I ran and got the garden hose turned on the water. I’ve got it. I’ve got a hose, I’m going to hose you, if you don’t get away from our cars. And somebody jumped up and ran down the street.
Louis Goodman: Now I understand that when you were 12 years old, you used the garden hose on a prior occasion involving the Connors and the Wards.