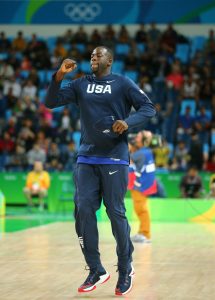 After the arrest for an assault outside an East Lansing, Michigan bar on a late Saturday night, professional and Olympic basketball player, Draymond “Money” Green, has provided some valuable lessons in addition to his later apology and commentary on the matter. It was later discovered that once Green was booked into custody that night, he submitted to a preliminary breathalyzer test which resulted in a .10 blood alcohol content level. The victim of this assault, Jermaine Edmondson, a football player of Michigan State, claimed he was punched in the jaw by Green after bumping into each other in a crowded bar and exchanging bitter words.

It is a sad reality that in our criminal justice system today, offenses are largely driven by alcohol use and other substance abuse. There’s also a tremendous opportunity, however, to avoid finding yourself caught in this system by simply abstaining from alcohol or moderating your consumption. Blowing a .10 places you squarely in the range of a DUI should you put yourself behind a wheel. But having that same BAC level may just as easily put you in a situation leading to other criminal offenses, such as assault or public intoxication.

Just as a side note: It’s summertime and beach time and pool time. Not to put too fine a point on it, but most drownings in the United States happen to people who have a blood alcohol level of above .10.

And, whether you’re Draymond or anyone else in some trouble with the law as a result of alcohol and anger, our office can refer you to some excellent court approved counseling.