What to Expect For Your DUI Court Date - Law Office of Louis J. Goodman ,
Posted By Louis Goodman | Posted on: Jun 08, 2022
Posted In: Blog, DUI

If you have been summoned to court for a DUI, the process is undoubtedly intimidating. It’s normal to feel worried about how things will go, and how your future may be impacted by this process. The consequences of a DUI conviction can wreak havoc on your personal and professional life, so it’s critical to understand the legal processes that lead up to your court date.

If you have been arrested for DUI, the importance of hiring a professional criminal defense lawyer cannot be understated. Your attorney will help to protect your rights during prosecution and can help you to prepare for the pre-court process, alleviating a mountain of stress. If you need a reliable DUI defense attorney with a proven track record for success, contact Louis J. Goodman for a free consultation today.

What Happens Immediately After a DUI Arrest?

Following a DUI arrest in California, the arresting officer will usually confiscate your driver’s license and issue you a 30-day temporary permit. They will then transport you to a hospital or police station. Here, you will undergo a breath or blood test to determine the blood alcohol concentration (BAC) present in your system.

If your BAC results are equal to or higher than the legal limit in California (0.08%), you may be liable for additional charges under Vehicle Code 23152, which criminalizes driving with a BAC of 0.08% or above. 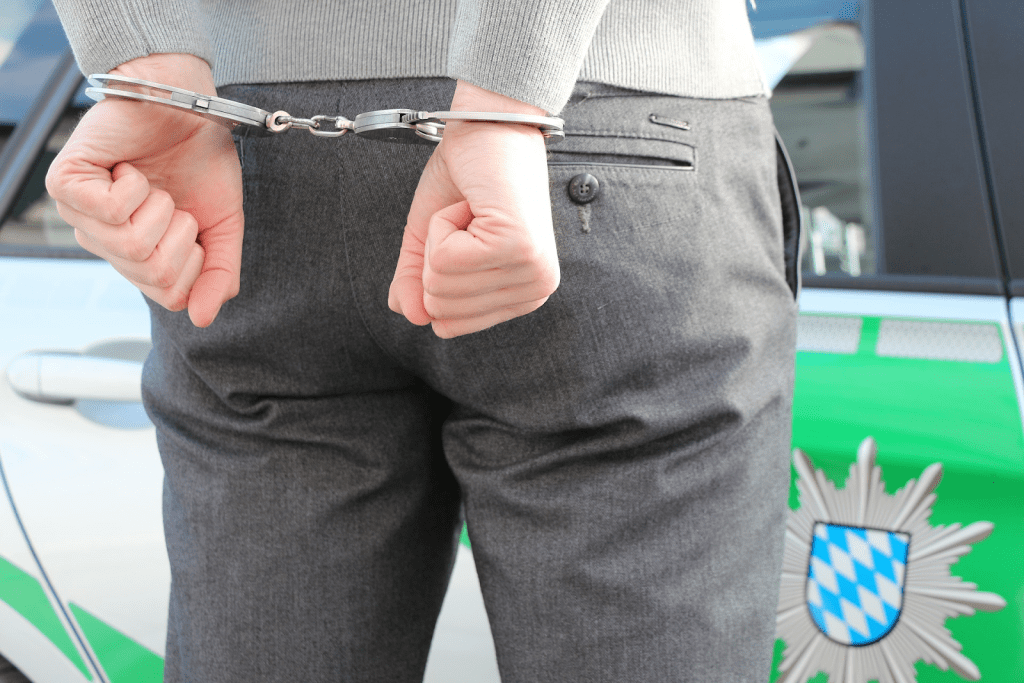 You could be asked to complete a blood test to determine whether there are any prescription or illicit substances in your system that may impair your ability to drive. Note that California enforces an implied consent law, meaning that those lawfully arrested for DUI must undergo testing to determine BAC and the potential presence of substances. If you refuse to test once you are under arrest, you may be liable for further charges. This could be one year driver’s license suspension and mandatory county jail time.

When the DUI test is complete, the police officer will usually book and release the alleged offender. It does depend on the circumstances, but a driver can usually be released if they post bail or sign a promissory document stating that they will appear in court on a designated date.

Afterward, the arresting officer will file a police report detailing the events of the arrest and the test results. The report then gets submitted to a local prosecuting agency. The prosecuting agency will either refuse to file charges or choose to charge the driver with DUI. The District Attorney has at least a year to file charges, and the fact that charges may not have been filed on the initial court date is meaningless.

It’s common for the arresting officer to confiscate DUI offenders driving permits and issue a pink temporary license valid for 30 days. After 30 days, a driving suspension is enacted. The suspension period gets determined by the number of previous DUI convictions (if any) the offender has received and whether the driver was compliant with testing. The driver’s permit is sent to the California Department of Motor Vehicles (DMV) which will freeze the license after 30 days.

It is critical that you or an attorney contact DMV within 10 days of the date of issue of the pink temporary license.  Calendar days, not business days, and day one is the date of issue. You do the math, or call me and I’ll do it for you.

To ensure fair and consistent enforcement of the law, a three-step process precedes a court appearance. The first step in this chain is the DUI arraignment. This is a short initial hearing where you enter your plea. Depending on what your lawyer has advised for your case, you could plea guilty, not guilty, or nolo contendere (no contest), where the defendant can accept prosecution but does not admit or plead guilty.

If you choose to plead not guilty, you will enter the pretrial phase. If you enter a guilty plea, the next phase is the sentencing stage. It’s common for lawyers to plead not guilty if there is any doubt about the facts surrounding the case. If you are present for this hearing, the court will advise you of your constitutional rights.

What Are My Constitutional Rights?

According to the United States Constitution you have the right to:

Most of the time the court will not require bail in Alameda County, but the Judge will often require AA attendance as a condition of release on O.R. (Own Recognizance)

Bail is a payment that guarantees the defendant’s attendance at court dates in the future. For the majority of DUI arrests, you will not be held in custody until arraignment, and you do not need to post bail unless there are other charges against you. These could be the possession of narcotics, abusive behavior, or possession of firearms.

If this is your third or subsequent DUI arrest, or you have additional charges, your DUI attorney will be able to advise whether bail is likely to be an issue.

If you post 10% bail with a bondsman you do not get that money back.

The courts will read out the DUI charges against you, though your lawyer can request to skip this part if you’re entering a plea of not guilty. You will be provided discovery documents, where a copy of the Complaint, charges, the police report, and witness statements are recorded.

The prosecution may issue a request for discovery during the arraignment, where your lawyer is required to provide the names of any witnesses present at the trial, witness statements, and any documents to be presented at the trial.

When a defendant enters a not-guilty plea, the court will fix future court dates for the pretrial motions to be held.

The pretrial phase usually begins shortly after the arraignment and has the longest duration of the three stages. It could last between a few weeks and a few months. Your DUI lawyer will investigate every aspect of the arrest, including the scene, the police records, and even the calibration of testing equipment, as they construct your defense. 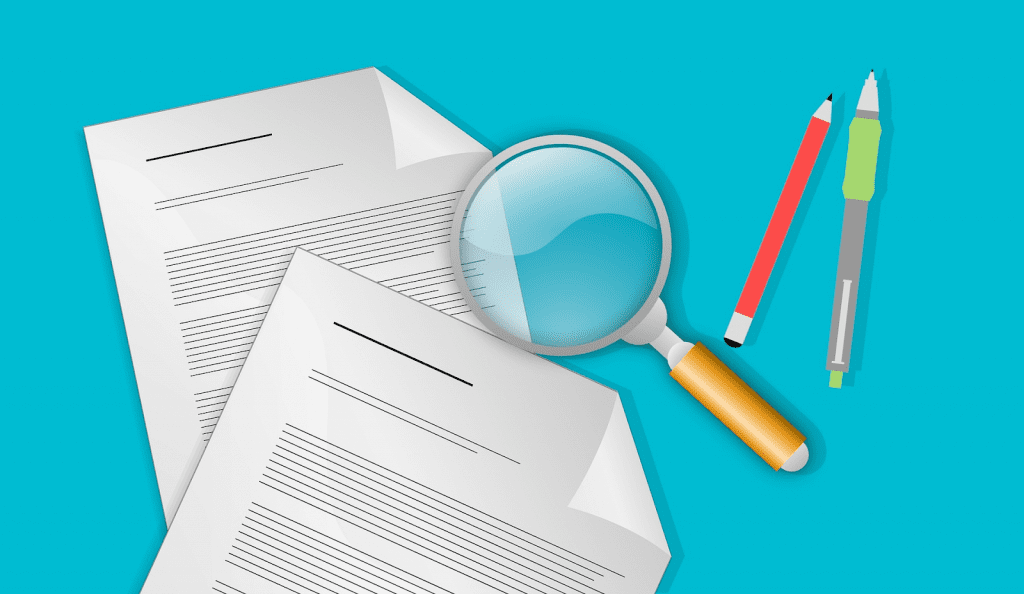 Your attorney can file motions with the courts based on evidence and facts they uncover in their investigations. Pretrial motions may bring to light any evidence that serves in your favor or removes evidence that may be used against you.

Pretrial motions may allow you to enter a plea bargain or result in the prosecution reducing charges or dismissing them entirely.

On the day of the pretrial conference, your DUI defense attorney may try to negotiate with the prosecution to reach a deal. This is to resolve the case before it goes to trial or to reduce the charges made against you.

For example, your attorney may try to bargain a deal for a lesser charge such as “wet reckless driving” (which involves the use of alcohol) or “dry reckless driving” instead of a DUI if you choose to plead guilty. Typically there would need to be an incentive, such as a lack of proof, for the prosecution to enter a deal.

What Happens if I Enter a Plea?

If you plead guilty or nolo contendere, the courts will ask you whether you voluntarily waive the constitutional rights conveyed during the arraignment. If your answer is yes, then the courts will sentence you according to the plea agreement.

Plea bargains may reduce your jail time if you have previously been charged with DUI. You may be offered a generous plea deal or have other aspects of your sentence reduced, however, this is usually the case for first-time offenders. If you decide to plead not guilty, the process will progress to the final stage: the trial.

Many DUI cases settle before going to the trial stage of the court process. Holding a jury trial can be a stressful, time-consuming, and uncertain period for those involved. Though it does have advantages if your DUI lawyer believes you have a strong chance of winning the case, or if the prosecution has refused to enter a satisfactory plea bargain. 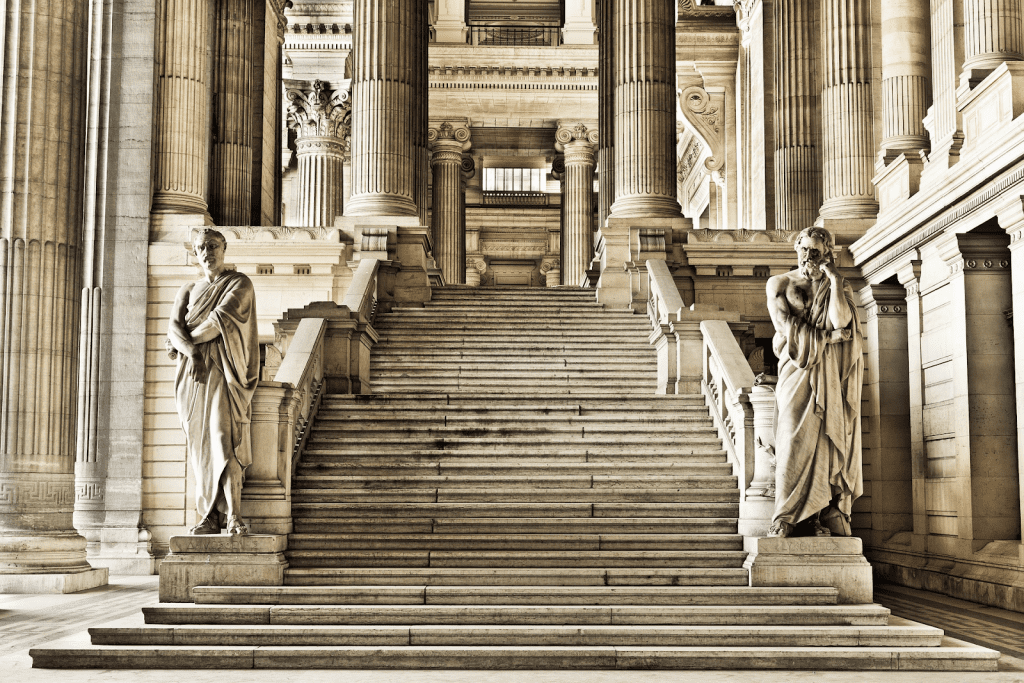 Here is a quick breakdown of the stages in a trial:

On your trial date, you can only be convicted of DUI if all 12 jurors reach a unanimous conclusion that you are guilty of the DUI charges beyond a reasonable doubt. If even one of the jurors in the trial believes that you are not guilty, then there is a “hung jury.” This usually means you need to have a new trial with a new jury, though sometimes it may end with the judge dismissing your case, and you being allowed to go free.

When you have been charged with DUI, the court process is undoubtedly strenuous, long, and stressful. The best way to avoid this is to respect local drink driving laws and always ensure you can safely operate a vehicle before taking the wheel. However, sometimes things don’t go according to plan.

If you’re facing a drunk driving charge, you don’t have to go through the court process alone. With the help of an experienced DUI attorney, you can reduce the severity of your charge, and in many circumstances, DUI cases get dismissed entirely.

If you need a proficient criminal defense lawyer with extensive experience in the California DUI court process, contact Louis J. Goodman today. With over 30 years of experience, he will help you prepare for your DUI court date and what to expect on the day. Access a free consultation to discuss your charge and work towards building a reliable defense faster, with comprehensive and diligent legal support.