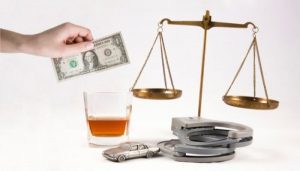 More than 1.5 million people get arrested every year for both alcohol and drug DUI. Driving under the influence of drugs or alcohol is a crime across the United States, especially in California, and if you get caught, you’ll go in for it.

Nevertheless, DUI conviction differs from state to state. In some states, first offense DUI may attract a hefty fine and imprisonment. In other states like California, drivers will only pay a fine and fulfill other conditions. However, the penalties will likely increase as you get more DUI convictions while depending on the nature of the crime.

There are various costs associated with DUI on your record and wallet. It’s also essential you discover your options when you get a first DUI. You don’t necessarily have to be driving to get a DUI.

For instance, suppose you’re intoxicated, but inside a parked car, you might be arrested for DUI. You don’t need to be drinking to receive a DUI; you can simply be driving under the influence of drugs or alcohol.

Some DUIs are gotten at sobriety checkpoints where officers are stationed to look out for intoxicated drivers. While there are checkpoints across the entire 50 states, excluding twelve states, California does allow them.

When you’re arrested for driving under the influence at a sobriety checkpoint, you have certain rights as a California resident. Suppose you or your loved one has been arrested for DUI; here’s everything you need to know about how much is the cost of a DUI.

How Much Will Being Arrested for a DUI Cost You?

DUI conviction varies from state to state, and it isn’t cheap. Professional attorneys believe that DUIs are one of the costliest misdemeanors to face in Southern California. This is because a DUI charge comes with many expenses, including:

Some of these DUI costs mentioned above will depend on the nature of your case or might vary depending on the place you were arrested. However, this is the average DUI expense you might face. Thus, it’d be best to speak with an experienced DUI lawyer immediately after the arrest.

DUI penalties in Southern California are pretty high. Nevertheless, the state isn’t the only one with severe consequences for drunk driving.

Preparing for imminent collateral consequences, avoiding them, and minimizing their damage are things a skilled DUI defense lawyer from a great law firm can help you with.

There are other consequences for DUI drunk drivers beyond court penalties. They include:

When there’s an injury to human life or death due to the DUI accident, the offender will face more severe DUI punishments than the average DUIs. A DUI that caused the injury is called a California “wobbler.”

A felony DUI charge can attract penalties varying from a minimum fine of $390 up to $5,000. However, it depends on the offender’s history, facts, and substantial penalty assessments, totaling about $18,000.

As a felony DUI defendant, you can be eligible for jail time that might span between 16 months to three years in your state prison.

A DUI offender can get up to four years of driver’s license suspension with the possibility of permanent suspension.

You’ll also get three to five years drunk driving probation, and if this is your fourth DUI, you must complete a 30-month drug education program as a probation condition for 4 DUIs.

Felony DUI offenders face penalties, including a compulsory ignition interlock device installed in your automobile for three years once you qualify for a restricted driving license.

You’ll have a convicted felon status which you’ll have to disclose on certain occasions, like when looking for employment. 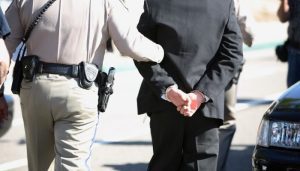 Most people arrested for a second driving under the influence in Southern California cities like Santa Monica, always ask how the punishments and DUI penalties from the court or DMV are different from those given to a first DUI conviction. The truth is, there’s no simple answer to this concern because in every driving under the influence offense, you’ll need to consider specific facts of the case.

When you’re convicted of a second driving under the influence in California, the punishments imposed by the court include:

Nonetheless, the court’s punishment and penalties for second DUI cases in California vary from county to county, depending on where the DUI offenses occurred.

Third-time driving under the influence offenders are liable to three to five years probation in California. Besides the probation, you can get a jail term of four months to one year and fines ranging from $2,500 to $3,000. You’ll get a mandatory three years license suspension and 30-month of DUI school.

But defendants may be able to avoid jail through a live-in rehabilitation program, house arrest, or work furlough. And the DMV let’s most defendants resume driving right away with an ignition interlock device (IID). However, they must use it for two years.

Furthermore, offenders that refused to take the chemical blood or breath test after the arrest can’t drive for three years. Sadly, you won’t be able to get even a restricted license at this time.

In California, 3rd DUI offenses are still a misdemeanor if they didn’t cause serious human life injuries. Offenders convicted of a third DUI may serve jail or house arrest through the live-in drug treatment program or work-furlough program.

To avoid jail, once you’re arrested for DUI-3rd ensure to fight and get the charges dismissed or at last reduced to a minor offense. Furthermore, you’ll need to win both the DMV hearings, also called admin per se (APS) hearings, and criminal cases to avoid your license being revoked following a DUI-3rd in California.

A DUI-4th in California committed under ten years can be a felony or misdemeanor under the motor Vehicle Code 23550 VC. On average, the punishment includes six months to three years of imprisonment, a drunk driving education program for 30 months, fines ranging from $390 to $1,000, and four-year license revocation.

However, DUI offenders can still drive with an IID. More so, it doesn’t matter if the previous DUIs occurred in California or not; you’ll face the penalties for DUI-4th.

As an offense that has been committed repeatedly, a fourth DUI conviction carries harsher penalties, especially if they all happened under the period of ten years. The court considers the offender’s blood alcohol content (BAC), the case’s facts, and any other aggravating factors.

As a felony, a DUI-4th conviction carries a prison sentence of one year and six months, two years, or three years. As a misdemeanor offense, the punishment includes six months to one-year imprisonment in the county jail.

Don’t forget that drivers in California often face felony DUI charges for getting a new driving under the influence case after their first felony DUI conviction, regardless of whether the new DUI case didn’t cause injuries or accidents.

On average, most non-American citizens arrested for a single DUI offense will not face unfavorable immigration punishments. However, DUI can lead to denial of citizenship, inadmissibility to the US, or deportation under some circumstances.

Driving under the influence crimes that may lead to inadmissibility and deportation include:

While a DUI involving alcohol has no harsh immigration consequences, sadly, it isn’t so for DUI of drugs. Under the United States immigration law, offenders convicted of drug crimes automatically become inadmissible and deportable. Over time, courts have insisted that simple DUI isn’t a ground for a high penalty such as deportation.

However, you’ll need to be represented by an experienced DUI defense attorney with immigration and DUI expertise. That way, you can successfully navigate any additional DUI consequences while pleading guilty or no contest to another crime with fewer immigration consequences rather than fighting DUI of drugs charges in criminal court.

The following are some penalties for immigrants facing DUID crimes in California:

Convicted undocumented immigrants might face immigration proceedings, leading to deportation regardless of whether you’re guilty of driving under the influence or not. Once the Immigration and Customs Enforcement (ICE) are aware of your arrest and an immigration hold is issued, you’re eligible for deportation.

ICE can discover your arrest through the following ways:

Working with an experienced DUI attorney with immigration expertise is a good step towards navigating this complicated side of US law.

Deportation for DUI With Aggravating Factors

Being convicted of DUI has always not been enough grounds to deport permanent residents or “green card” holders and other legal aliens. According to the US Supreme Court Local v. Ashcroft case in 2004, the court ruled that a DUI isn’t a “crime of violence.” Thus, it isn’t an aggravated felony, which would have been the ground for deportation.

DUIs with aggravating factors lead to problems reentering the US, problems adjusting immigration status, or deportation.

Some aggravating factors examples include:

Visas Can Be Revoked

In many cases, the US Department of State consular officers can automatically revoke DUI offenders’ visas quickly before your lawsuit is being heard to enable you to defend yourself. You aren’t even required to plead guilty.

The revocation speed is a result of how rapidly law enforcement agencies share arrest records and bench warrants.

How Much Does a DUI Cost In California

There isn’t a specific answer to this question because DUI legal fees depend on the amount of alcohol or drugs in your system, the city the arrest happened in, your age, first-time offense, and other factors.

According to the California Department of Alcohol and Drug Programs, the estimate for an average first-time DUI crime include:

After your DUI conviction, you’ll have to pay fines alongside various court fees. Hence, it’d help if you got a DUI lawyer like Louis J Goodman to help you fight unfair charges or post a bail bond.

Most California DUI convictions come with some mandatory drug or alcohol education program. You’ll have to complete a 60-hour, 44-hour, or at least 30-hour program after your first DUI crime, depending on the driver’s BAC level.

Following your DUI arrest, the police will tow and impound your car since you won’t be able to drive it.

Thus, the total estimated cost for first-time DUI offenders in California is $45,435. Don’t forget that this is an estimate and not the exact cost. However, for repeat DUIs, the fines and penalties will be higher.

California Peace officers are highly vigilant in getting ahold of individuals who might have been drunk driving. The California DUI law empowers them to arrest people for drunk driving regardless of whether they saw them just sitting down in a parked car or standing beside it.

In this case, the appropriate offense will be a drunk-in-the-public charge, but with the wrong representation, you can suffer court penalties. Hence, you need an experienced DUI lawyer with vast knowledge of the California criminal justice system to help you post bail after your arrest, get a fair DMV hearing, and possibly a plea bargain or have the case dismissed.

Sadly, California prosecutors are often picky about the charges they dismiss or plea down. According to the DMV reports, over 70 percent of DUI arrests result in a conviction. The rate becomes higher amongst people who represent themselves when compared to those who hire experienced lawyers specializing in drunk driving cases to defend them.

Suppose you’re a foreigner or non-immigrant residing in California and are asking how much does a DUI cost; we hope you’ve gotten your answer. However, the penalties are more dire than this when you don’t work with reputable and highly-experienced California DUI attorneys with substantial knowledge of immigration law like Louis J Goodman to help you turn the tide in your favor. Visit their website for a free consultation and legal counsel for your drunk driving case.