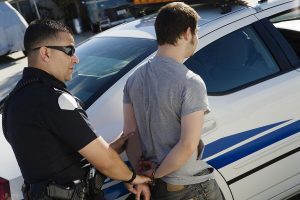 In 1966, the Supreme Court ruling of Miranda vs. Arizona created the “Miranda Warning” or more commonly known as the “Miranda Rights.” Police officials inform accused parties of their Fifth and Sixth amendment rights as part of due process of the law.

Being arrested and not read your Miranda Rights does not automatically result in a dismissal of a criminal case but it may help you in determining what charges will be held against you in court. If an officer doesn’t read you your rights and you say anything, any statements made may be dismissed as evidence during a trial.

What Are The Miranda Rights?

It’s important to know what your rights are as a citizen, particularly when being placed under arrest. The presiding officer should before, during, or after arrest repeat the following:

It’s commonly suggested that when being put under arrest that you remain silent and wait to contact an attorney for legal advice.

Following the Miranda vs. Arizona ruling, there were three more important cases that ensure citizens to their fifth and sixth amendment rights. The Miranda Warning is complex. If you were not read your rights and feel If you were arrested and charged with a crime, then Louis J. Goodman could explain your rights and possible defense options. You may call our law office for a free consultation. Call (510) 582-9090 or use our online case review form.