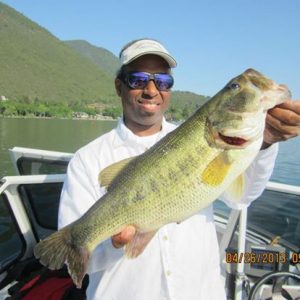 Louis Goodman: How did it feel being an American in Austria at the time? And you know, more specifically an African American young man in a place where there’s not a lot of Americans, not a lot of African Americans.
Phil Vaughns: Good question. First thing, I had to learn how to cut my own hair because there weren’t a whole lot of brothers over there to do that.
So I had to learn to cut my own hair with a mirror and a shaver. And secondly, I became friends with some itinerant workers there. One guy was from Pakistan, another guy was from Sudan and they were like newspaper [00:08:00] sellers. And so, because we were so rare minorities. We kind of bonded. So every day I’d go to a gym and I’d take the train.
And it’s top of the station where my, my brothers were so to speak. And we’d talk about various things and it did several things. To me, it made me recognize that there are minorities who are linked in ways that sometimes they don’t understand fascinating.
Louis Goodman: And I guess that was certainly a lot different than being in Oakland
Phil Vaughns: miles apart.
Literally.
Louis Goodman: Yeah. So after you left Vienna, where did you go?
Phil Vaughns: I worked for a civil firm in San Francisco called Copp DeFranco. Quintin Copp was, I think it was a, certainly a lawyer obviously, but I think he ended up becoming a Judge in San Mateo County and Tom to Franklin was his partner real cool guy from Nevada.
So I did civil work there for a while, but I ended up finding myself, reading all the advance sheets, you know, and for the purpose of staying up on civil law, but finding myself drawn to [00:09:00] the facts of most of the criminal cases.
Louis Goodman: When did you go over into the criminal justice world?
Phil Vaughns: 1990, I had gotten a job at the DA’s office in large part because I had been advised that in order to keep doing international trade and finance, I needed to go to a firm that did that kind of work. And those kinds of firms, big, law firms didn’t hire from McGeorge. Although they may hire a person with litigation experience. So I thought, okay, how do I get litigation experience? Unless it goes to the DA’s office and what the hell is the DA’s knowledge of what the heck the DA’s office was. But I got advice from some important, well, I think special people, Marty Jenkins and Judge Gloria Rhynes took me to dinner one time and said, you know, you should really think about being a DA, because if you want litigation experience, trust me, you’ll get it there. And you’ll also be doing some good. And I thought, okay, well, once I figured out what the DA’s office does, I’ll put my name in.
So I came to it, not because he was a calling, but because it was a means to an end, so to speak.
Louis Goodman: So you joined the Alameda County DA’s office in [00:10:00] 1990. What did you start doing there?
Phil Vaughns: Well, like I said, my first case was a guy who had exposed himself at Cal State Hayward. And rather than run out of the office, screaming at that point, I said, Hey, you know what?
You can run, but you can’t hide apparently. So I was doing misdemeanor trials initially.