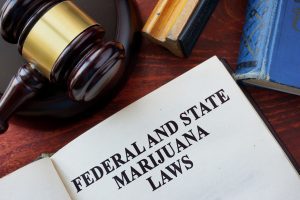 A marijuana breathalyzer developed by Hound Labs in collaboration with the University of California, Berkeley finished field testing in California. The breathalyzer, which detects concentrations of THC in a person’s breath, is the latest in cannabis detecting technology to stop drivers from driving high. The device works like the alcohol breathalyzer test. The suspected driver blows air into the device, which then records the concentration of THC in his or her breath. However, it has not yet been decided what amount of marijuana detected in the driver’s breath can be used to establish impairment. The current law states the amount an alcohol breathalyzer can detect before being considered impaired, but not for marijuana. Further, the current blood and urine tests being used reveal whether there is some marijuana in your system. Not how much marijuana is sufficient to impair one’s ability to drive.

Working with California law enforcement, Hound Labs tested the device on driver’s suspected of driving while high. Officers would pull over the suspect and, if the driver failed their field sobriety tests, he or she would then be asked if they would voluntarily blow into the prototype breathalyzer. After recording the driver’s breath, the information would then be relayed to the research team to collect and compare with other results. According to Hound Labs, the device performed well, and they did find a correlation in the amount of THC recorded in comparison to how recently the driver has smoked marijuana. The drivers who failed their sobriety tests were not arrested but rather educated in the dangers of driving high. The drivers were also found alternative transportation to make it home safely.

Due to the promising results, Hound Labs now focuses on improving the size and durability of their breathalyzer. They hope these improvements will make the device easier to handle. At this time, the marijuana breathalyzer is not in use by California police officers. However, this does not mean officers are not on the lookout for driver who may be driving under the influence of cannabis. If you have been charged with a marijuana DUI, the Law Office at Louis G. Goodman can help. Our lawyers have years of experience handling Californian’s changing marijuana laws. We can help protect your rights and defend yourself to the fullest extent of the law.