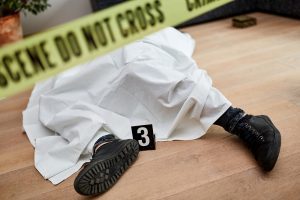 While murder and manslaughter are different charges, some people may not understand what exactly makes them different from one another. In addition, murder charges are usually defined as first or second-degree depending on the severity of the crime. Manslaughter, on the other hand, can be voluntary or involuntary. The main difference between these two charges will be dependent on the state of mind of the person when they committed the violent action.

Manslaughter is the unlawful killing of another person that does not involve the intent to seriously harm or kill. Further, it usually involves less moral blame than murder. There are two types of manslaughter you could potentially be charged with will be either voluntary or involuntary. Voluntary manslaughter, also called a heat of passion crime, happens when a person is strongly provoked and kills someone in the heat of passion because they were provoked. Heat of passion exists only if the provoked party does not have time to cool off. Due to this emotional context, moral blameworthiness is reduced for people who kill in the heat of passion. Involuntary manslaughter, on the other hand, is the unintentional killing of another person due to criminally negligent or reckless behavior. This can be confused with second-degree murder, since extremely reckless behavior that leads to the death of another can be charged as second-degree murder.

If you’re facing criminal charges for murder, contact an attorney as soon as you can. The criminal defense attorneys at the Law Office of Louis J. Goodman have years of experienced handling murder and manslaughter cases. Call us to schedule a free consultation today.