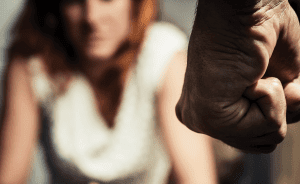 If you are accused of domestic violence in California, then you may find yourself the subject of a restraining order (also known as a protective order).

Protective orders are designed to protect a person from abuse, harassment, stalking and threats by the person named in the order. These orders often include provisions prohibiting contact with the protected individual, including things like phone calls, text messages and even interactions on sites like Facebook or Twitter.

Penalties for violating a restraining order can be harsh, depending on whether it’s a first or subsequent violation and whether the victim suffers physical injury. Penalties include court fines, restitution for the victim’s counseling and medical services, and even the relinquishment of your firearms and an inability to legally obtain new ones.

Defenses Against a Restraining Order Violation

There are several potential defenses that your attorney could use in court to have your charges reduced or dismissed. Some of these include:

Even if none of the above are true in your case, it is still worthwhile to discuss your case with a criminal defense attorney. If you are facing domestic violence charges or have been accused of violating a restraining order in Alameda County, our law firm can help. Call us for a free consultation at (510) 582-9090.