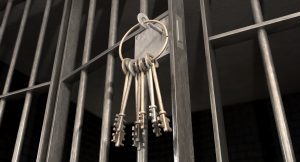 When a witness is brought in for questioning, they may be asked to provide evidence that could potentially incriminate them. The Fifth Amendment, however, protects witnesses from sharing incriminating information against themselves should it be invoked, and the witness refuses to answer any more questions. However, it is possible for an investigator to push past this privilege and obtain the information they require. By offering the witness immunity, the witness could avoid prosecution in exchange for a testimony.

Used by both federal and state systems, use and derivative use immunity is a common but narrower type of immunity that could be offered to the witness.  This immunity stops the prosecution from using the witness’ statements or the evidence derived from those statements against the witness. Use and derivative use immunity does not protect against additional investigation, on the part of the prosecution, into crimes mentioned by the witness. Charges could be brought against the witness for their mentioned crime only if independent evidence is provided proving the crime. If independent evidence separate from the testimony is not provided, the judge could block the use of the immunized testimony.

A witness can also waive immunity if they wish. Immunity can be waived using a written statement, testifying before immunity is granted, or by not asking for immunity in a timely manner. When a witness waives immunity, the previously immunized testimony can be used in the case. However, before you consider waiving immunity, meet with criminal defense lawyer beforehand. Our team at the Law Office of Louis J. Goodman can protect your rights and interests as a witness.