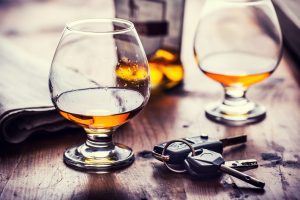 Last month’s blog discussed how marijuana legalization could change DUI stops in California. Field sobriety tests are a method law enforcement may use to determine if you are under the influence of alcohol or drugs. More can be said about the standardized field sobriety test (SFST) and its weaknesses.

Three consecutive tests, which are sanctioned by the National Highway Traffic Safety Administration (NHTSA), make up the SFST. These three tests are as follows:

There are also non-standardized field sobriety tests. You may have heard of these before. Non-standardized tests include reciting the alphabet or touching your finger to your nose.

Can I Fail a Field Sobriety Test While Sober?

Also keep in mind, police cruiser dashboard cameras will record your attempt to pass field sobriety tests. This evidence may be used against you by the prosecution. These are all risks you should keep in mind before agreeing to take a field sobriety test. If you are arrested, then your decision to take the test could make it more difficult to defend yourself from a DUI charge. You can refuse to submit to the field sobriety tests described in this blog.

You should speak to a criminal defense lawyer if you were arrested for a DUI, regardless of whether you took a field sobriety test. If you or a family member were arrested for a DUI, then Hayward criminal defense lawyer Louis J. Goodman could discuss your situation at no cost during a consultation. You can reach Louis J. Goodman by calling (510) 582-9090 or by using our online contact form.